S.O.U.L. was thrilled to be given the opportunity to chat with Lavender Tinted Glasses curator Joey Cain about what inspired him to share the often overlooked and undertold story of the LGBTQ community’s important contributions to the Summer of Love and the counterculture.

“In San Francisco’s Haight Ashbury district, young people were seeking a way out of what they saw as the soul-destroying alienation of materialism,” Cain says. “They created new art, philosophies, politics, forms of self-expansion, music and relationships. The city already had a dynamic LGBTQ community, and many members saw the developments of the Summer of Love as opening the way to greater liberation.”

Lavender-Tinted Glasses tells this story by highlighting the roles of four queers in the making of the Summer of Love: poet Allen Ginsberg, filmmaker Kenneth Anger, philosopher Gavin Arthur and rock star Janis Joplin. All of them brought their perspectives as artists, visionaries, and sexual outsiders to the uprising; all made a lasting impact on American culture. In addition, the exhibition documents the ways San Francisco’s homophile community responded. 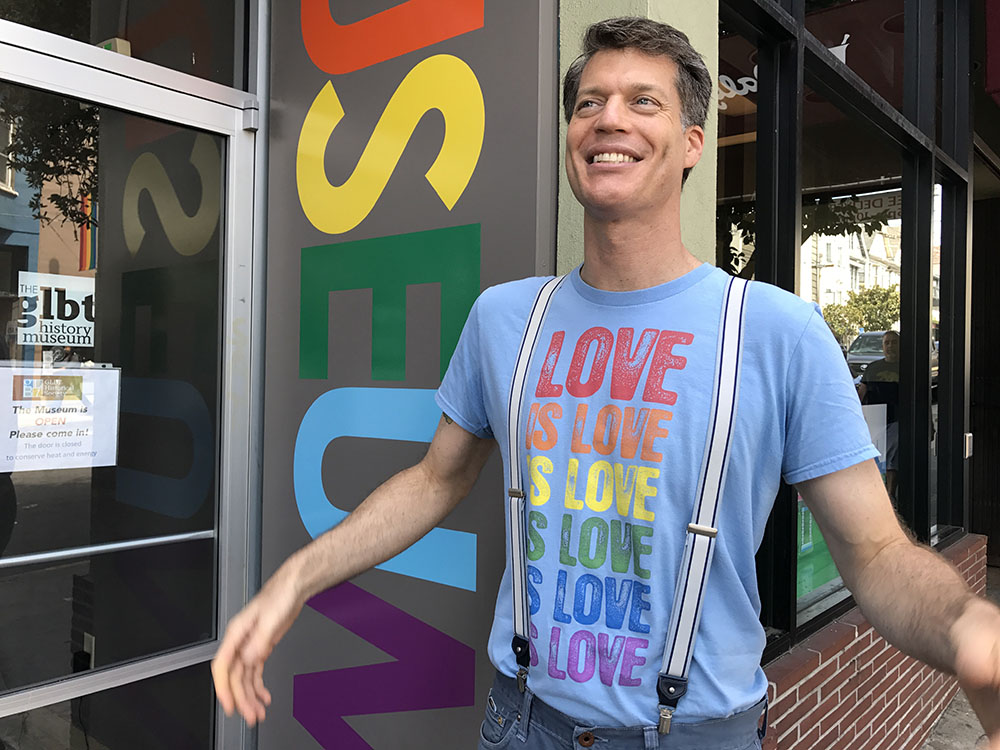 “I wanted to show how queer people were influential and important in what happened in 1967. Not just that they participated, but that they were actually influencers and

leaders in what happened in the Haight in 1967.”