Skip to content
On the Road to the Summer of Love

S.O.U.L. sits with Dennis McNally, historian and author of the Grateful Dead biography Long Strange Trip to get his first hand account of California Historical Society’s ambitious exhibition that celebrated the 50th anniversary of the Summer of Love by telling the story of the early days of the counterculture movement in San Francisco as young people from all over the country descended upon San Francisco’s Haight Ashbury district to take advantage of the “free love” on offer.

“All the things that were happening in 1966; none of those issues have gone away. They challenged sexuality, materialism, racism, relationship to nature, and every one of those things

is at the core of what’s going on now.” 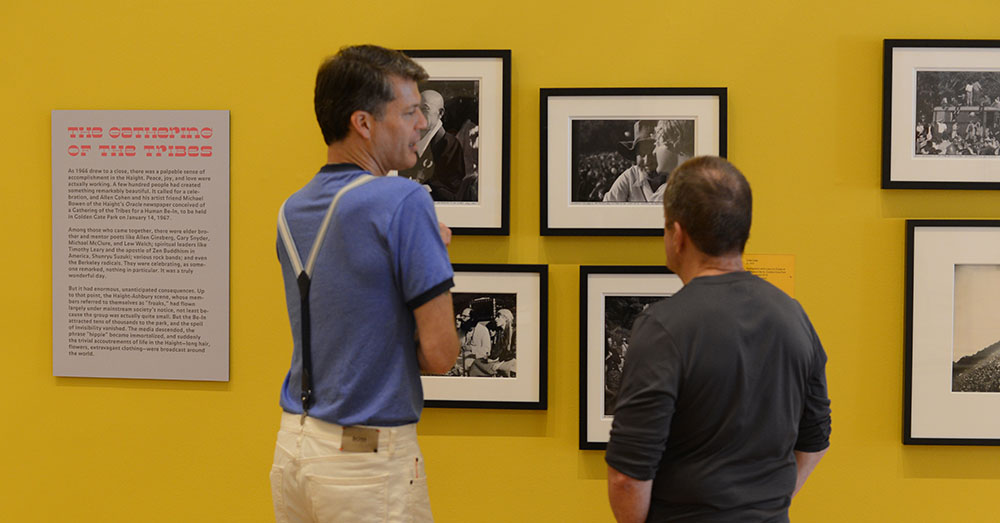 The exhibition walks you room to room taking you on a journey from the Beat poets to the experimental art scene that put San Francisco at the center of a social revolution, giving you a new perspective on this often maligned era, as only an exhibition curated by the Grateful Dead historian could.

The story began in the late 1950s with the Beatniks in North Beach and ends in late 1967 with the Diggers’ Death of the Hippie march. The exhibition explores iconic moments—such as Jack Weinberg in a police car at UC Berkeley at the birth of the Free Speech Movement—as well as less well-known, but none-the-less formative, events of the era. Photographs and ephemera from CHS collections were featured alongside materials from private and institutional lenders.