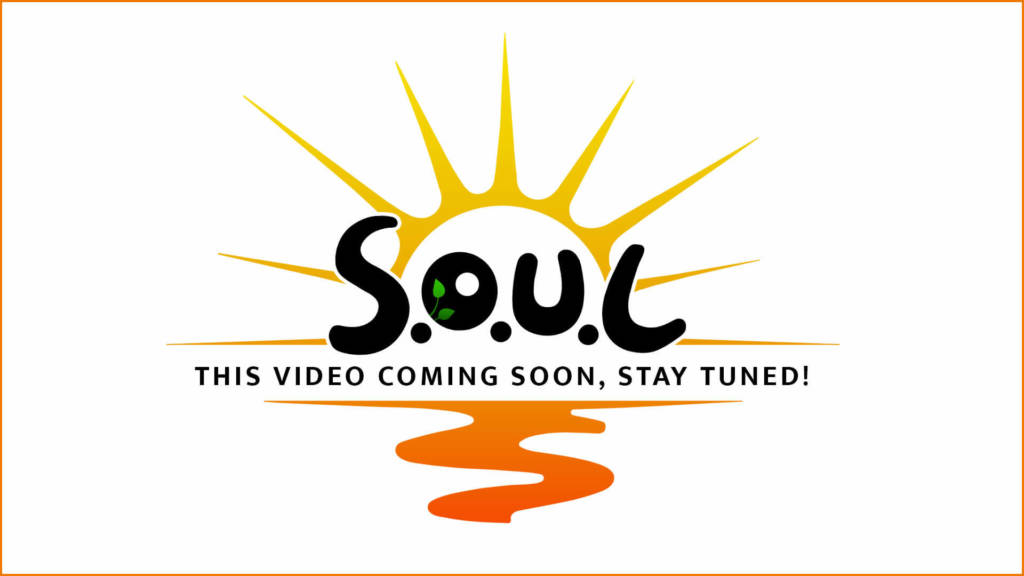 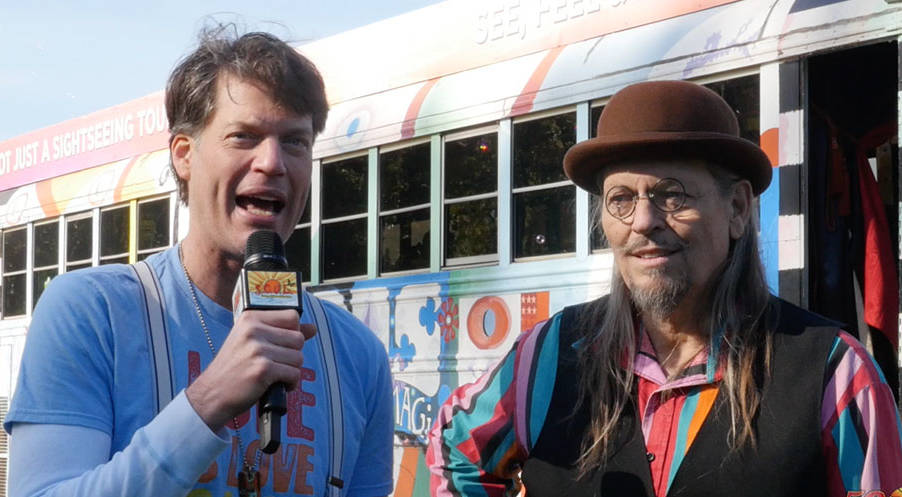 S.O.U.L. took a trip down Hippie Lane with friend Chris Hardman on the world renown Magic Bus, where they virtually experienced a few of the moments and movements that made the 60s one of the most pivotal decades in recent human history.

The Magic Bus is an entirely one-of-a-kind experience. You may ride many tour buses in your life, but not one that transforms into a traveling movie theater, light show and rocket ship while showing you the San Francisco of yesterday and today.

The Magic Bus was created by the Bay Area’s award-winning Antenna Theater. Chris Hardman, founder, is known for his original theatrical experiments including the Alcatraz Cell House audio tour, which has been enjoyed by millions.

Come to San Francisco, jump onboard, and let the Magic Bus take you on a phantasmagorical two-hour trip through San Francisco. You’ll be on a bubble-blowing, wildly painted bus that transforms into a theater filled with moving images, music, and psychedelic theatrics.

“It brings people back to a time when we were that close to creating a utopian world.” 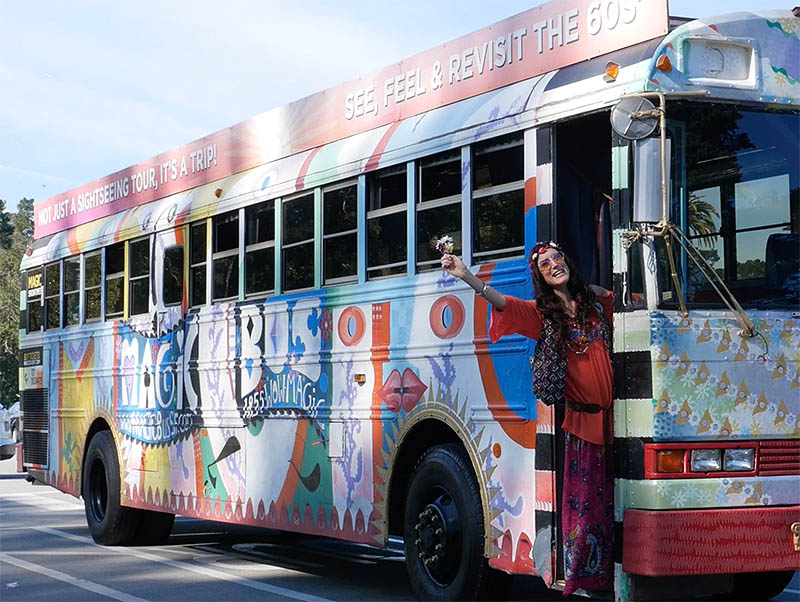 Reserve your seat for 2018 right now